skip to main | skip to sidebar

Millelemmi won the first edition of the End Of The Weak Italy mc challenge and qualified to the national title competition.

Here's a little video of the 2nd and 3rd round, enjoy!

www.endoftheweak.com
0 comments
Email ThisBlogThis!Share to TwitterShare to FacebookShare to Pinterest

Here we go with Biga's "3Chopp" number 2!!!
As promised, Biga comes back with another super tasty session of beats, rhythms and life.
You can get it here:

And check the video here:

3Chopp#2 from biga man on Vimeo.

0 comments
Email ThisBlogThis!Share to TwitterShare to FacebookShare to Pinterest

LUOGHI from simone zaccagnini on Vimeo.

Here's a nice video of Low'n'Zac aka Simone Zaccagnini's book "Luoghi". It's a book of drawings printed in 1000 copies limited edition with a soundtrack cd included.

You can contact the artist and get the book at www.simonezaccagnini.com, last copies avaliable!!!
0 comments
Email ThisBlogThis!Share to TwitterShare to FacebookShare to Pinterest
Labels: art, c2b, drawing, low'n'zac, luoghi, overknights, simone zaccagnini

Here is the new Colossius' relase. It' a free dowload joint for the first week, and a 7'' vinyl is coming soon.
The guys at Fresh yO Label got mad love, and they show it like this:

"Colossius bends music genres as he he sees fit, yet keeps his unmistakable touch full of silicon drum machines, clinically cut samples and old analog synths.
The set start out with a true hymn of the district where he come from: “Isol8″ that mixes hip-hop’s golden age with chicago juke and an unlikely Japanese rap. Then it’s time for “Volverine” with a rolling funk groove and little commodore styled voices. Next up is “Viale Ready” with its skwee bass, hi hat in triplets and stabs it projects you directly into the UK rave 90′s scene.
If the first part of the ‘e.p. is characterized by areas of soft light, in the second part we dive into a tunnel to a whirl of dark, hypnotic bass. Next is “Kilosa”, a new hybrid of juke and idm,
“Pyrotek” beats intimate flavor that brings us back to “Ether” experience, Colossius’s first band. “Overnait” is where the minimum squeezed funk emerges, seasoned with atomic explosions! Closing is “Bltz Taylor,” a cross between disco funk and alien obsessive mantra."

Plus, as usual bonus, a nice video teaser!! 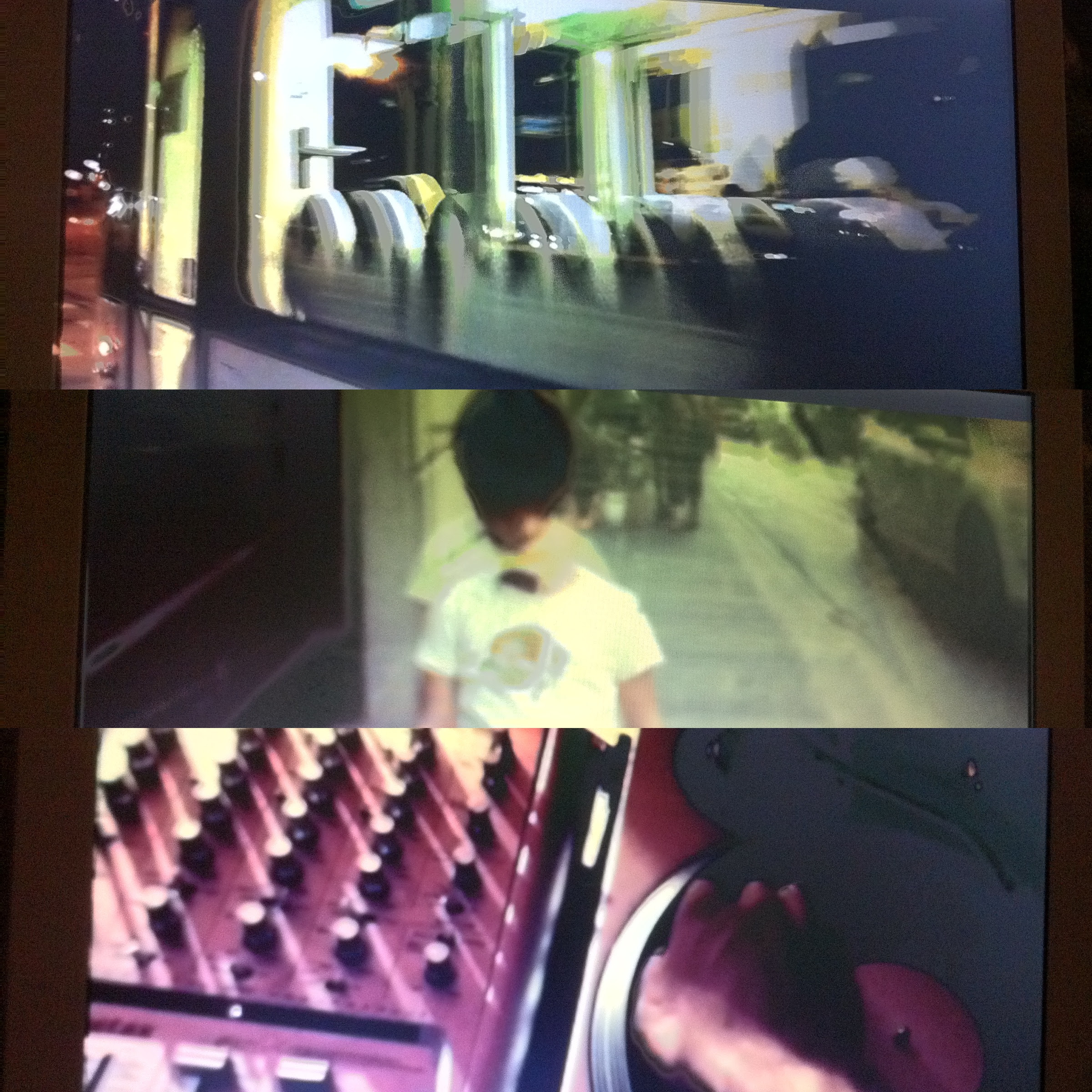 Mad news here at Overknights. Here's Biga's aka El Climatico new beattape, and, as he says, hopefully the first of four.
Once again Biga's exquisite taste for samples, deep and warm filtered atmospheres and love for skits strikes again!!!
Don't miss this one and freedownload it from his Soundcloud.

Plus, you can enjoy Biga's own visions while listening to a lil preview!

3Chopp#1 from biga man on Vimeo.

Just in case you were wondering, it ain't no about bling-bling shit. 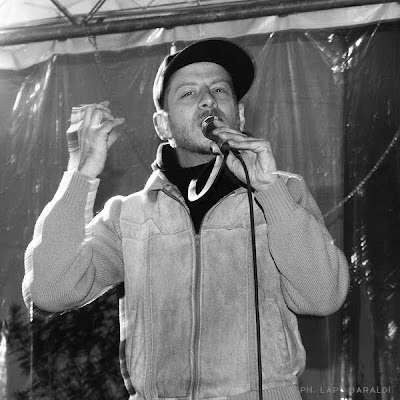 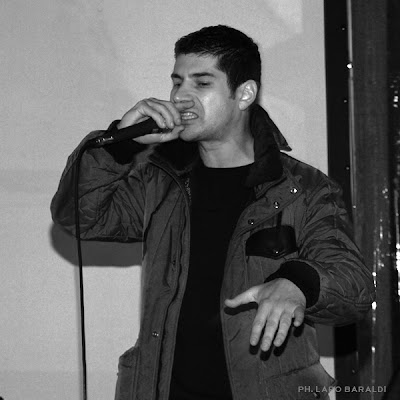 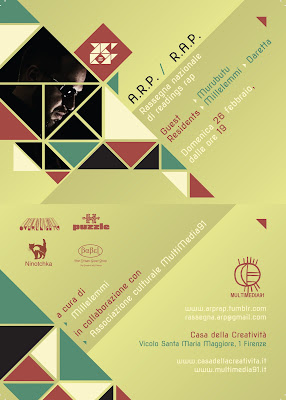 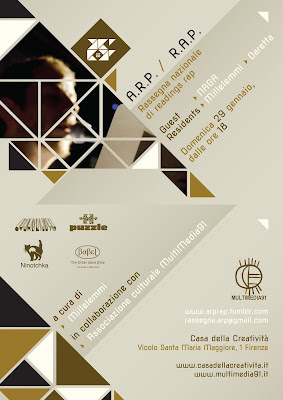 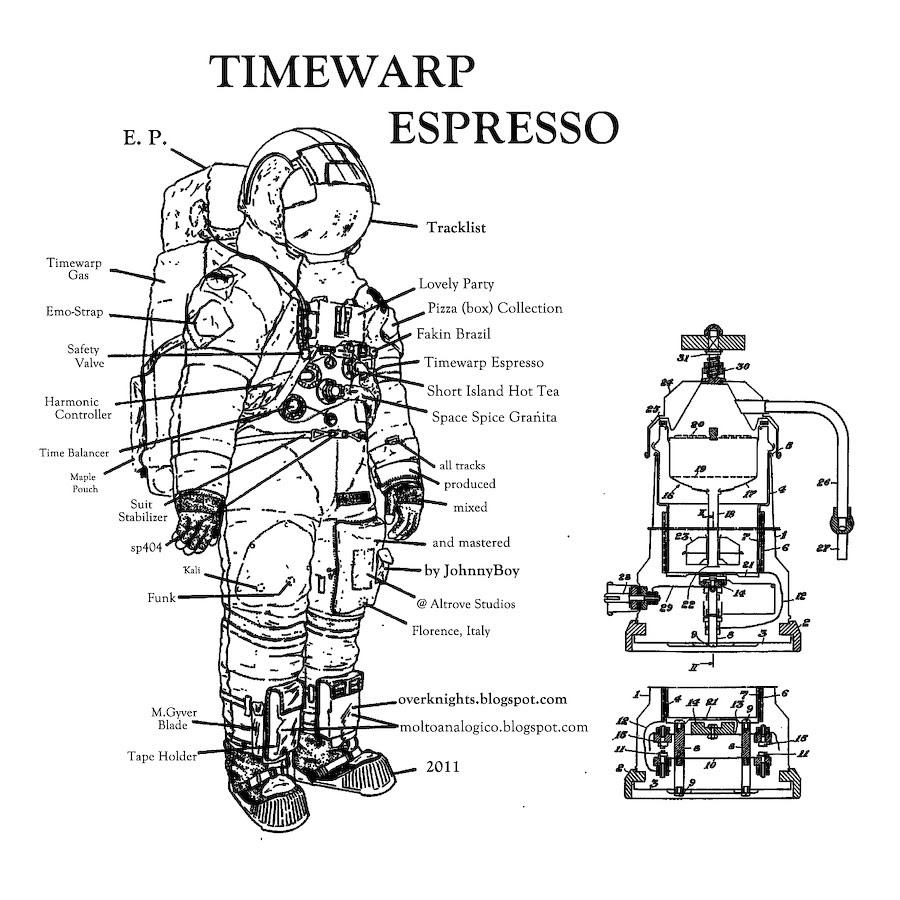 Here's our final release for 2011: Timewarp Espresso EP!! Six tracks from outer and inner space delivered by Johnny Boy, especially conceived for your coffee break!!
We suggest cautious use as time paradoxes might occur.
Once again, hold your wallet: its all FREE!!!

Overknights
Overknights is a collective of dj's, producers, mc's and one drawer based in Florence, Italy. A group of ten with common tastes and different styles, as well as a variety of musical backgrounds, ranging from hip hop, jazz and punk, to techno and many other genres of 'electronic' music. Their particular 'sound' lies between the different styles found throughout individual productions as well as many internal projects and collabo's. The result is a mist of hip hop, funk and wonky/skwee. Crewmembers _____ Manuele Atzeni_____ Biga ______ JohnnyBoy_____ Colossius_____ Franco Crudo_____ Jaja_____ Millelemmi_____ Daretta_____ Lo Zac_____